5.4 Mesh generation with the snappyHexMesh utility

This section describes the mesh generation utility, snappyHexMesh, supplied with OpenFOAM. The snappyHexMesh utility generates 3-dimensional meshes containing hexahedra (hex) and split-hexahedra (split-hex) automatically from triangulated surface geometries, or tri-surfaces, in Stereolithography (STL) or Wavefront Object (OBJ) format. The mesh approximately conforms to the surface by iteratively reﬁning a starting mesh and morphing the resulting split-hex mesh to the surface. An optional phase will shrink back the resulting mesh and insert cell layers. The speciﬁcation of mesh reﬁnement level is very ﬂexible and the surface handling is robust with a pre-speciﬁed ﬁnal mesh quality. It runs in parallel with a load balancing step every iteration.

5.4.1 The mesh generation process of snappyHexMesh

The process of generating a mesh using snappyHexMesh will be described using the schematic in Figure 5.8 . The objective is to mesh a rectangular shaped region (shaded grey in the ﬁgure) surrounding an object described by a tri-surface, e.g. typical for an external aerodynamics simulation. Note that the schematic is 2-dimensional to make it easier to understand, even though the snappyHexMesh is a 3D meshing tool.

In order to run snappyHexMesh, the user requires the following:

The snappyHexMeshDict dictionary includes: switches at the top level that control the various stages of the meshing process; and, individual sub-directories for each process. The entries are listed below.

All the geometry used by snappyHexMesh is speciﬁed in a geometry sub-dictionary in the snappyHexMeshDict dictionary. The geometry can be speciﬁed through a tri-surface or bounding geometry entities in OpenFOAM. An example is given below:

Before snappyHexMesh is executed the user must create a background mesh of hexahedral cells that ﬁlls the entire region within by the external boundary as shown in Figure 5.9 .

This can be done simply using blockMesh. The following criteria must be observed when creating the background mesh:

The splitting process begins with cells being selected according to speciﬁed edge features ﬁrst within the domain as illustrated in Figure 5.10 . The features list in the castellatedMeshControls sub-dictionary permits dictionary entries containing a name of an edgeMesh ﬁle and the level of reﬁnement, e.g.:

Following feature reﬁnement, cells are selected for splitting in the locality of speciﬁed surfaces as illustrated in Figure 5.11 .

The refinementSurfaces dictionary in castellatedMeshControls requires dictionary entries for each STL surface and a default level speciﬁcation of the minimum and maximum reﬁnement in the form (<min> <max>). The minimum level is applied generally across the surface; the maximum level is applied to cells that can see intersections that form an angle in excess of that speciﬁed by resolveFeatureAngle.

Once the feature and surface splitting is complete a process of cell removal begins. Cell removal requires one or more regions enclosed entirely by a bounding surface within the domain. The region in which cells are retained are simply identiﬁed by a location vector within that region, speciﬁed by the locationInMesh keyword in castellatedMeshControls. Cells are retained if, approximately speaking, 50% or more of their volume lies within the region. The remaining cells are removed accordingly as illustrated in Figure 5.12 .

Those cells that lie within one or more speciﬁed volume regions can be further split as illustrated in Figure 5.13 by a rectangular region shown by dark shading. The refinementRegions sub-dictionary in castellatedMeshControls contains entries for reﬁnement of the volume regions speciﬁed in the geometry sub-dictionary. A reﬁnement mode is applied to each region which can be:

For the refinementRegions, the reﬁnement level is speciﬁed by the levels list of entries with the format(<distance> <level>). In the case of inside and outside reﬁnement, the <distance> is not required so is ignored (but it must be speciﬁed). Examples are shown below:

5.4.6 Cell splitting based on local span

Reﬁnement of cells can also be speciﬁed to guarantee a speciﬁed number of cells across the span between opposing surfaces. This reﬁnement option can ensure that there are suﬃcient cells to resolve the ﬂow in a region of the domain, e.g. across a narrow pipe. The method requires closeness data to be provided on the surface geometry. The closeness can be calculated by the surfaceFeatures utility with the following entry in the surfaceFeaturesDict ﬁle:

This writes closeness data to a ﬁle named pipeWall.closeness.internalPointCloseness into the constant/triSurface directory. The closeness is then be used for span-based reﬁnement by the addition of an entry in the refinementRegions sub-dictionary in snappyHexMeshDict, e.g.:

The example shows a reﬁnement region inside the pipeWall surface in which a maximum 2 levels of reﬁnement is guaranteed within a speciﬁed distance of 1000 from the wall. The span-based reﬁnement, speciﬁed by the insideSpan mode, enables the user to guarantee at least 40 cellsAcrossSpan, i.e. across the pipe diameter.

The next stage of the meshing process involves moving cell vertex points onto surface geometry to remove the jagged castellated surface from the mesh. The process is:

An example is illustrated in the schematic in Figure 5.14 (albeit with mesh motion that looks slightly unrealistic).

The mesh output from the snapping stage may be suitable for the purpose, although it can produce some irregular cells along boundary surfaces. There is an optional stage of the meshing process which introduces additional layers of hexahedral cells aligned to the boundary surface as illustrated by the dark shaded cells in Figure 5.15 .

The process of mesh layer addition involves shrinking the existing mesh from the boundary and inserting layers of cells, broadly as follows:

The layer addition procedure uses the settings in the addLayersControls sub-dictionary in snappyHexMeshDict; entries are listed below. The user has the option of 4 diﬀerent layer thickness parameters — expansionRatio, finalLayerThickness, firstLayerThickness, thickness — from which they must specify 2 only; more than 2, and the problem is over-speciﬁed.

The layers sub-dictionary contains entries for each patch on which the layers are to be applied and the number of surface layers required. The patch name is used because the layers addition relates to the existing mesh, not the surface geometry; hence applied to a patch, not a surface region. An example layers entry is as follows:

The mesh quality is controlled by the entries in the meshQualityControls sub-dictionary in snappyHexMeshDict; entries are listed below. 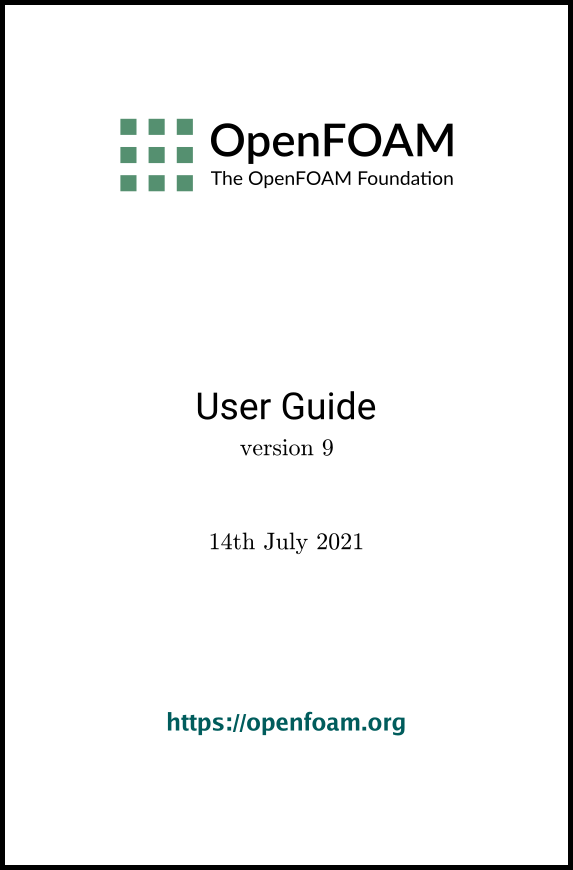