; transport, e.g. the dependence of properties such as

on temperature; and state, e.g. dependence of density

. Thermophysical models are speciﬁed in the physicalProperties dictionary.

A thermophysical model required an entry named thermoType which speciﬁes the package of thermophysical modelling that is used in the simulation. OpenFOAM includes a large set of pre-compiled combinations of modelling, built within the code using C++ templates. It can also compile on-demand a combination which is not pre-compiled during a simulation.

The keyword entries specify the choice of thermophysical models, e.g. transport constant (constant viscosity, thermal diﬀusion), equationOfState perfectGas , etc. In addition there is a keyword entry named energy that allows the user to specify the form of energy to be used in the solution and thermodynamics. The following sections explains the entries and options in the thermoType package.

The type keyword (in the thermoType sub-dictionary) speciﬁes the underlying thermophysical model used by the solver. The user can select from the following.

For mixtures with variable composition, required by thermophysical models with reactions, the multicomponentMixture option is used. Species and reactions are listed in a chemistry ﬁle, speciﬁed by the foamChemistryFile keyword. The multicomponentMixture model then requires the thermophysical models coeﬃcients to be speciﬁed for each specie within sub-dictionaries named after each specie, e.g. O2, N2.

which is simply speciﬁed by a two keywords, mu and Pr, respectively.
sutherland
calculates

from a Sutherland coeﬃcient

, speciﬁed by keywords As and Ts;

are calculated by taking the exponential, e.g.:
Andrade
calculates

as a polynomial function of

as a function of temperature from coeﬃcients

is calculated according to:

The thermodynamic models are concerned with evaluating the speciﬁc heat

which is simply speciﬁed by a two values

, given by keywords Cv and Hf.
eIcoTabulated
calculates

by interpolating non-uniform tabulated data of

as a power of temperature according to:
eTabulated
calculates

by interpolating uniform tabulated data of

which is simply speciﬁed by a two values

, given by keywords Cp and Hf.
hIcoTabulated
calculates

by interpolating non-uniform tabulated data of

as a power of temperature according to:
hTabulated
calculates

by interpolating uniform tabulated data of

from a set of coeﬃcients taken from JANAF tables of thermodynamics. The ordered list of coeﬃcients is given in Table 7.1. The function is valid between a lower and upper limit in temperature

respectively. Two sets of coeﬃcients are speciﬁed, the ﬁrst set for temperatures above a common temperature

There is currently only one option for the specie model which speciﬁes the composition of each constituent. That model is itself named specie, which is speciﬁed by the following entries.

is the coeﬃent of volumetric expansion and

are polynomial coeﬃcients of any order

is a reference pressure.
linear
Linear equation of state: where

).
PengRobinsonGas
Peng Robinson equation of state: where the complex function

can be referenced in the source code in PengRobinsonGasI.H, in the $FOAM_SRC/thermophysicalModels/specie/equationOfState/ directory.
perfectFluid
Perfect ﬂuid: where

.
rPolynomial
Reciprocal polynomial equation of state for liquids and solids: where

or not. This choice is speciﬁed through the energy keyword.

The basic thermophysical properties are speciﬁed for each species from input data. Data entries must contain the name of the specie as the keyword, e.g. O2, H2O, mixture, followed by sub-dictionaries of coeﬃcients, including: 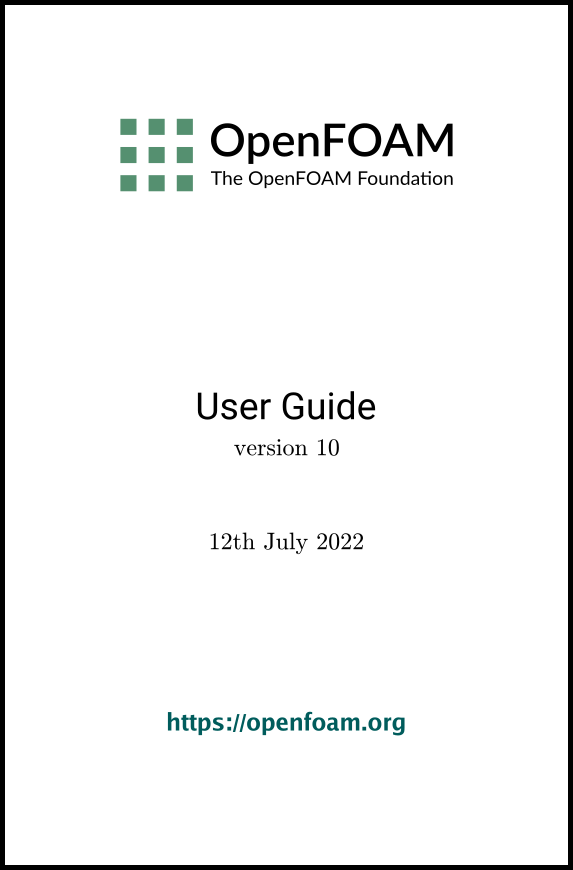