5.3 Mesh generation with the blockMesh utility

The mesh is generated from a dictionary file named blockMeshDict located in the system (or constant/polyMesh) directory of a case. blockMesh reads this dictionary, generates the mesh and writes out the mesh data to points and faces, cells and boundary files in the same directory.

The principle behind blockMesh is to decompose the domain geometry into a set of 1 or more three dimensional, hexahedral blocks. Edges of the blocks can be straight lines, arcs or splines. The mesh is ostensibly specified as a number of cells in each direction of the block, sufficient information for blockMesh to generate the mesh data.

Each block of the geometry is defined by 8 vertices, one at each corner of a hexahedron. The vertices are written in a list so that each vertex can be accessed using its label, remembering that OpenFOAM always uses the C++ convention that the first element of the list has label ‘0’. An example block is shown in Figure 5.4 with each vertex numbered according to the list. The edge connecting vertices 1 and 5 is curved to remind the reader that curved edges can be specified in blockMesh.

It is possible to generate blocks with less than 8 vertices by collapsing one or more pairs of vertices on top of each other, as described in section 5.3.5.

Each block has a local coordinate system

that must be right-handed. A right-handed set of axes is defined such that to an observer looking down the

nearest them, the arc from a point on the

axis to a point on the

axis is in a clockwise sense.

The local coordinate system is defined by the order in which the vertices are presented in the block definition according to:

The blockMeshDict file is a dictionary using keywords described below.

The convertToMeters keyword specifies a scaling factor by which all vertex coordinates in the mesh description are multiplied. For example,


convertToMeters    0.001;
means that all coordinates are multiplied by 0.001, i.e. the values quoted in the blockMeshDict file are in

The vertices of the blocks of the mesh are given next as a standard list named vertices, e.g. for our example block in Figure 5.4, the vertices are:

Each edge joining 2 vertex points is assumed to be straight by default. However any edge may be specified to be curved by entries in a list named edges. The list is optional; if the geometry contains no curved edges, it may be omitted.

Each entry for a curved edge begins with a keyword specifying the type of curve from those listed in Table 5.2.

Then the blocks are defined as follows:

Vertex numbering
The first entry is the shape identifier of the block, as defined in the $FOAM_ETC-6/cellModels file. The shape is always hex since the blocks are always hexahedra. There follows a list of vertex numbers, ordered in the manner described on page 334.
Number of cells
The second entry gives the number of cells in each of the

along that edge, as shown in Figure 5.5. Each of the following keywords specify one of two types of grading specification available in blockMesh.

simpleGrading
The simple description specifies uniform expansions in the local

directions respectively with only 3 expansion ratios, e.g. simpleGrading (1 2 3)
edgeGrading
The full cell expansion description gives a ratio for each edge of the block, numbered according to the scheme shown in Figure 5.4 with the arrows representing the direction from first cell…to last cell e.g. edgeGrading (1 1 1 1 2 2 2 2 3 3 3 3)  This means the ratio of cell widths along edges 0-3 is 1, along edges 4-7 is 2 and along 8-11 is 3 and is directly equivalent to the simpleGrading example given above.

Using a single expansion ratio to describe mesh grading permits only “one-way” grading within a mesh block. In some cases, it reduces complexity and effort to be able to control grading within separate divisions of a single block, rather than have to define several blocks with one grading per block. For example, to mesh a channel with two opposing walls and grade the mesh towards the walls requires three regions: two with grading to the wall with one in the middle without grading.

OpenFOAM v2.4+ includes multi-grading functionality that can divide a block in an given direction and apply different grading within each division. This multi-grading is specified by replacing any single value expansion ratio in the grading specification of the block, e.g. “1”, “2”, “3” in

We will present multi-grading for the following example:

We can specify this by replacing the

-direction expansion ratio “2” in the example above with the following:

The boundary of the mesh is given in a list named boundary. The boundary is broken into patches (regions), where each patch in the list has its name as the keyword, which is the choice of the user, although we recommend something that conveniently identifies the patch, e.g.inlet; the name is used as an identifier for setting boundary conditions in the field data files. The patch information is then contained in sub-dictionary with:

blockMesh collects faces from any boundary patch that is omitted from the boundary list and assigns them to a default patch named defaultFaces of type empty. This means that for a 2 dimensional geometry, the user has the option to omit block faces lying in the 2D plane, knowing that they will be collected into an empty patch as required.

Returning to the example block in Figure 5.4, if it has an inlet on the left face, an output on the right face and the four other faces are walls then the patches could be defined as follows:

When specifying a cyclic patch in blockMesh, the user must specify the name of the related cyclic patch through the neighbourPatch keyword. For example, a pair of cyclic patches might be specified as follows:

A mesh can be created using more than 1 block. In such circumstances, the mesh is created as has been described in the preceeding text; the only additional issue is the connection between blocks, in which there are two distinct possibilities:

To connect two blocks with face matching, the two patches that form the connection should simply be ignored from the patches list. blockMesh then identifies that the faces do not form an external boundary and combines each collocated pair into a single internal faces that connects cells from the two blocks.

The alternative, face merging, requires that the block patches to be merged are first defined in the patches list. Each pair of patches whose faces are to be merged must then be included in an optional list named mergePatchPairs. The format of mergePatchPairs is:

The consequence is that the original geometry of the slave patch will not necessarily be completely preserved during merging. Therefore in a case, say, where a cylindrical block is being connected to a larger block, it would be wise to the assign the master patch to the cylinder, so that its cylindrical shape is correctly preserved. There are some additional recommendations to ensure successful merge procedures:

5.3.3 Projection of vertices, edges and faces

blockMesh can be configured to create body fitted meshes using projection of vertices, edges and/or faces onto specified geometry. The functionality can be used to mesh spherical and cylindrical geometries such as pipes and vessels conveniently. The user can specify within the blockMeshDict file within an optional geometry dictionary with the same format as used in the snappyHexMeshDict file. For example to specify a cylinder using the built in geometric type the user could configure with the following:

The user can then project vertices, edges and/or faces onto the cylinder surface with the project keyword using example syntax shown below:

The use of this functionality is demonstrated in tutorials which can be located by searching for the project keyword in all the blockMeshDict files by:

Vertices, edges, faces and blocks can be named in the configuration of a blockMeshDict file, which can make it easier to manage more complex examples. It is done simply using the name keyword. The following syntax shows naming using the example for projection in the previous subsection:

When a name is provided for a given entity, it can be used to replace the index. In the example about, rather than specify the edge using vertex indices 0 and 1, the names v0 and v1 are used.

5.3.5 Creating blocks with fewer than 8 vertices

It is possible to collapse one or more pair(s) of vertices onto each other in order to create a block with fewer than 8 vertices. The most common example of collapsing vertices is when creating a 6-sided wedge shaped block for 2-dimensional axi-symmetric cases that use the wedge patch type described in section 5.2.2. The process is best illustrated by using a simplified version of our example block shown in Figure 5.7. Let us say we wished to create a wedge shaped block by collapsing vertex 7 onto 4 and 6 onto 5. This is simply done by exchanging the vertex number 7 by 4 and 6 by 5 respectively so that the block numbering would become:

The same applies to the patches with the main consideration that the block face containing the collapsed vertices, previously (4 5 6 7) now becomes (4 5 5 4). This is a block face of zero area which creates a patch with no faces in the polyMesh, as the user can see in a boundary file for such a case. The patch should be specified as empty in the blockMeshDict and the boundary condition for any fields should consequently be empty also.

As described in section 3.3, the following can be executed at the command line to run blockMesh for a case in the <case> directory: 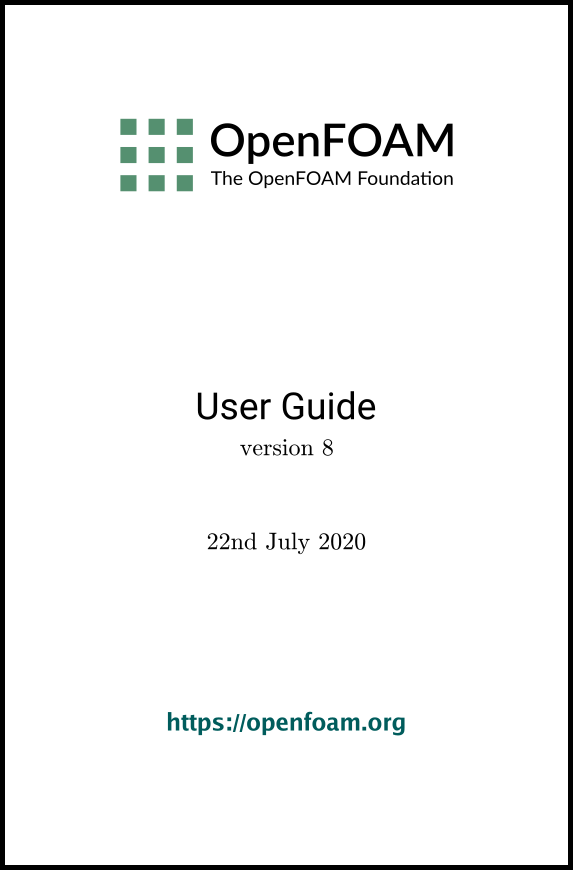